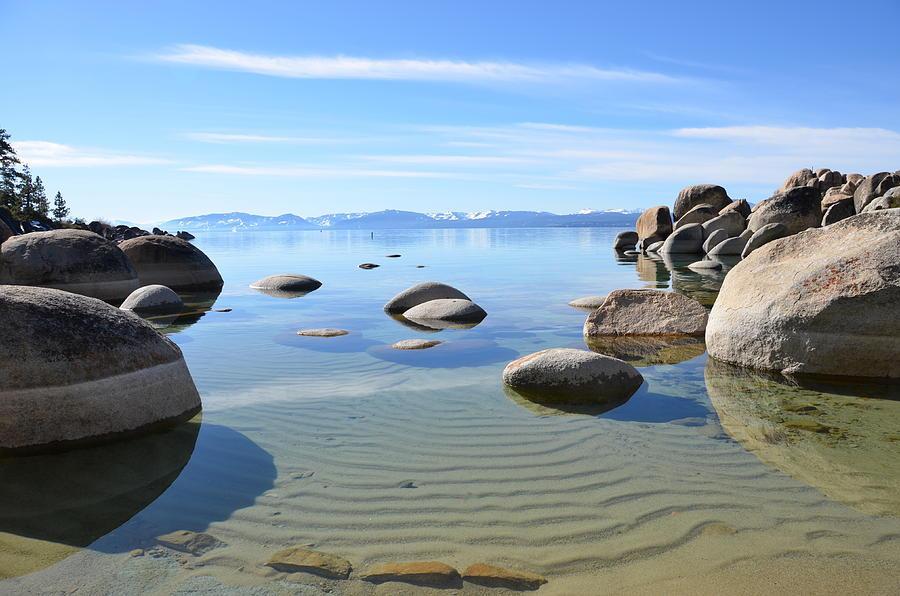 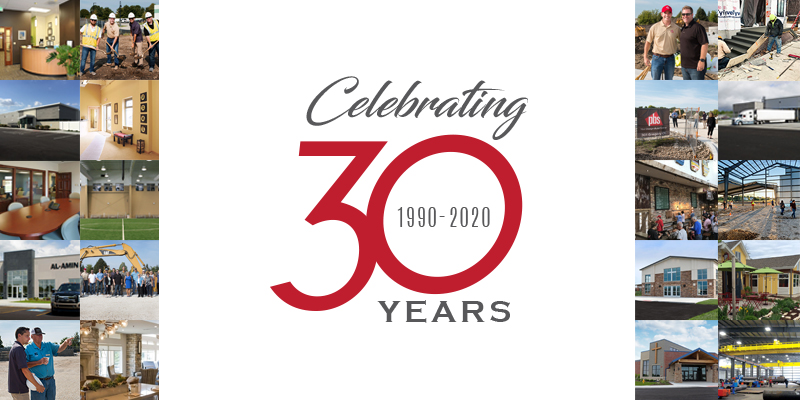 PBS is excited to announce our 30th anniversary. Thank you to you, our customers to whom we owe a great deal. Wonderful friendships have begun and continue over these many years. Looking ahead, we see many new relationships beginning. It is especially gratifying when asked to design and build again with companies who are experiencing success and growth in their field. It is an honor to celebrate that together. Looking ahead, we will continue to fulfill our mission: PBS is a design-build firm dedicated to providing solutions that focus on integrity and consistency while building authentic relationships in order to exceed our customers' expectations. For 30 years, we have nurtured a reputation built on trust, honesty, and quality. We will continue to pursue those qualities into the future. Thank you again for your friendship, business, and support! Sincerely,The PBS Team 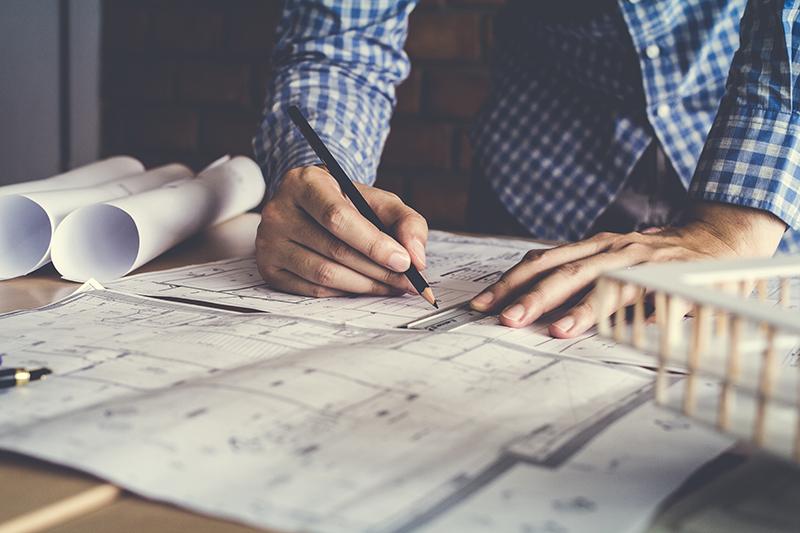 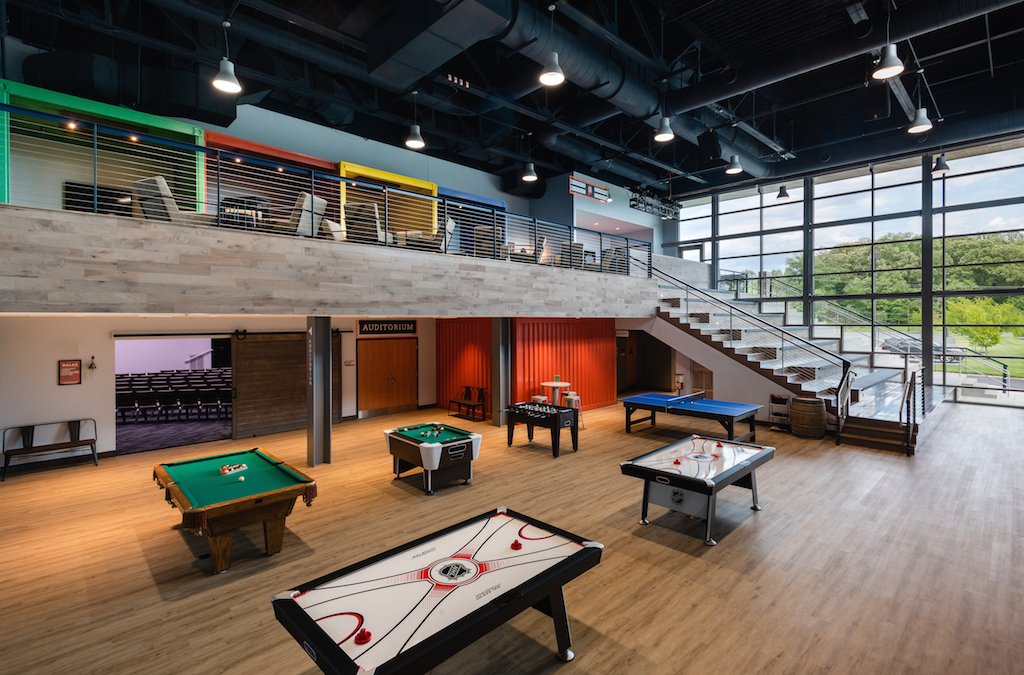 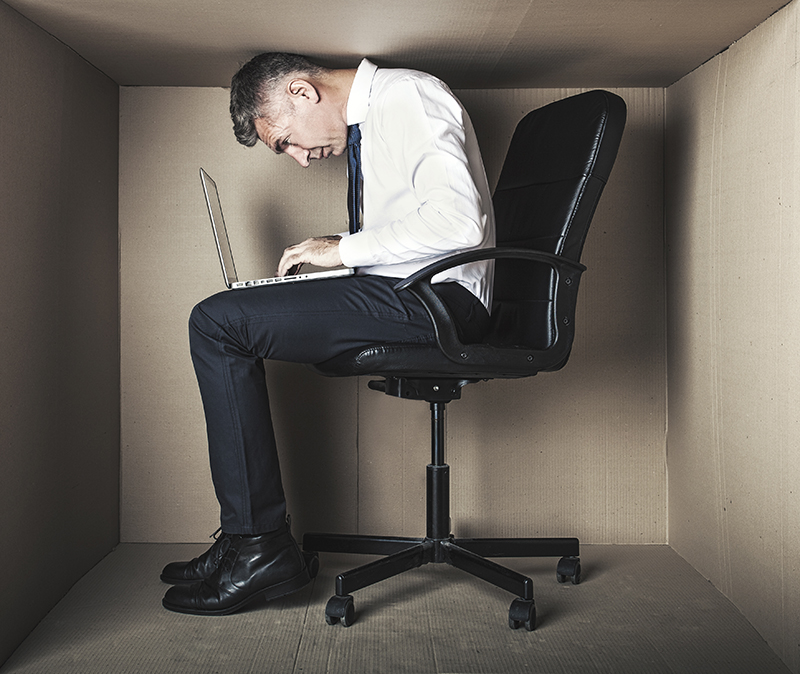 Need Space / Where do I Begin

Circumstance • You’re in an existing building paying rent and desire to have your own space.• Or, you’re in your own building and are running out of space. These are circumstances that any successful business will find themselves in at some point in time. Having a trustworthy partner to help walk you through the process of dealing with these circumstances will be key. You wouldn’t tighten a bolt with a hammer. Choosing the right partner is like choosing the right tool from the tool box. Choosing the wrong partner is like trying to tighten that bolt with the hammer (you may eventually get it tightened, but the process to completion will leave a messy trail). There is generally little to no progress, frustration mounts and you end up wishing you had utilized the correct tool. Your design-build partner is a tool for your success. Can I actually do this?If any of the above circumstances resonate with where you are at on your journey, then you are not alone. Recently, we had the honor of partnering with a client to design and build their new building. This client, operating a successful business never thought they could purchase property, design and build a new building for less than what they were paying someone else in monthly rent. Through utilizing a fully integrated design-build planning process, they were pleasantly surprised. Now they have a real estate asset that will appreciate over time and their own home for their growing business. While this may not always be the 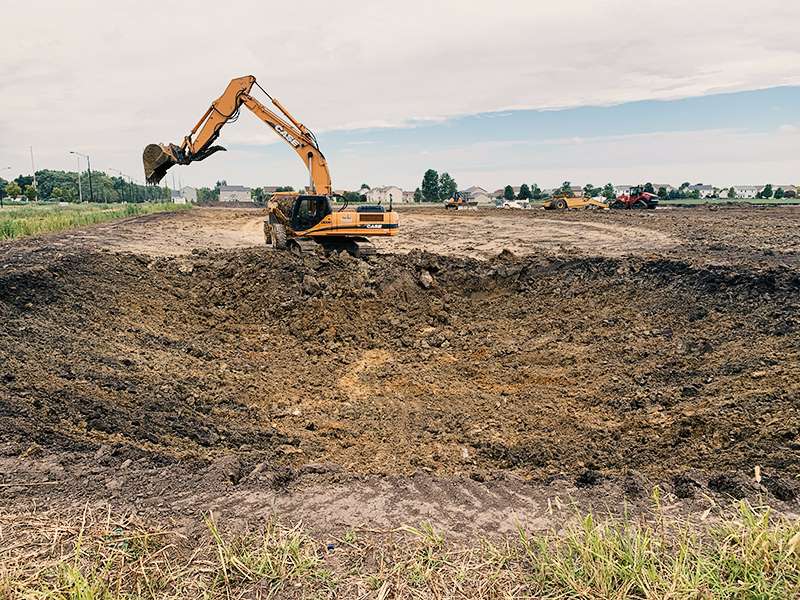 Choosing Where to Build

Location, location, location! It's the real estate agents' mantra. You've probably heard the phrase before. The saying is repeated three times for emphasis, and it is the number one rule in real estate, while also the most overlooked. The same can be said for new construction. To get the most out of your building investment, where you build is often as important as how you build. When selecting the site for your building, it’s wise to have a list of criteria for considering an ideal site. In PBS’ Planning Guide, we walk you through that process in a section called: “Review Your Company’s Building Needs”. It continues with “Choosing the Right Location”. In this article, we will walk you through 5 areas to consider when choosing a building site.   Access to Transportation and Shipping How far are you from the nearest airport, railroad or major highway? If your business is primarily involved in the transportation of goods, these points will make a difference in your future productivity. You may also want to consider the degree of difficulty your team will face in commuting to your new location. Range of Local Employment Resources If the nature of your business is such that you must frequently re-staff or hire seasonal support, you’ll need to take a careful look at the labor pool available in your new location. Determine Utility Infrastructure, Building Codes and Zoning Requirements Each city, county and state has its own set of rules and regulations when it comes to overseeing the business sector. Some could save your organization money 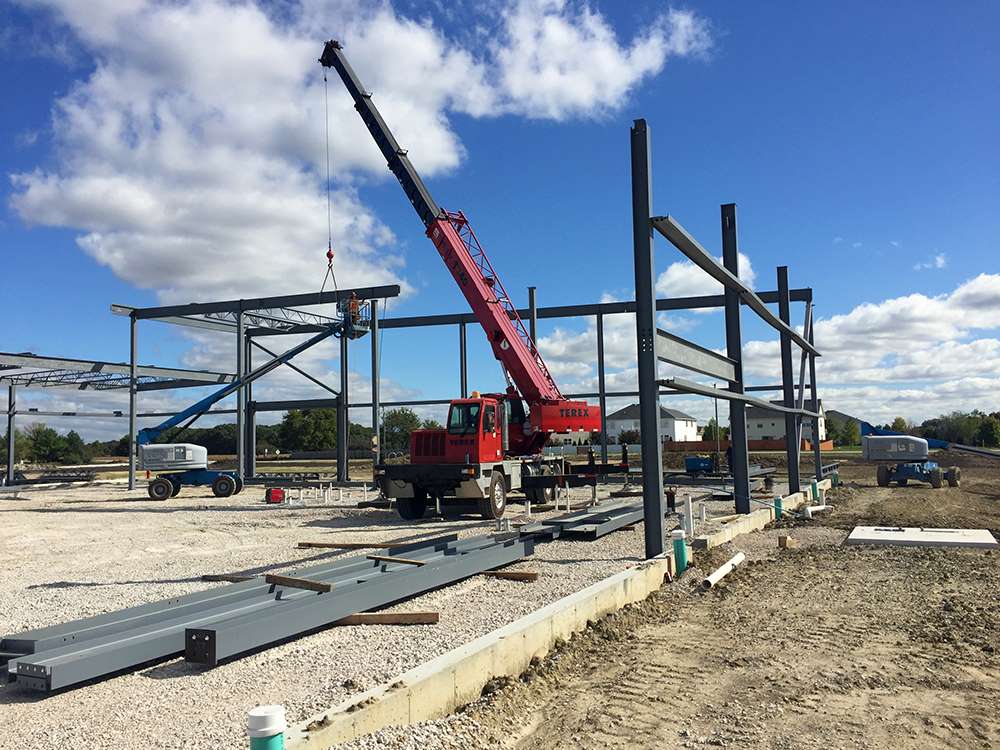 The old adage, “Time is money” is especially true when it comes to new construction. One way to be sure that you’re saving time and money when building that new commercial, church, municipal or industrial facility is to choose a pre-engineered steel building system. When planning, designing with as much efficiency as possible is critical to the overall value of your building. One way to accomplish this is with a pre-engineered steel building, whereby we are able to create clear, open spans in your structure including expansion capabilities off all walls as well as incorporating multiple building heights and roof lines specific to your use. These features benefit you, the owner, by providing the most cost-effective and efficient building system for your use. The advantages of this method result in economy and flexibility. One of the great benefits of a pre-engineered steel building system is customization. We offer custom designs that are tailored to your operational needs. Whether you need an inviting storefront for your commercial business, an expansion of your church facility or a state-of-the-art refrigerated warehouse, a steel building can be modified to accommodate your needs. The applied finishes are long-lasting and weather resistant. PBS is experienced in all types of construction as there will be specific systems appropriate for individual needs. Our team will be able to advise you regarding the various factors that will influence the appropriate building system for you and your business based on use and specific engineering requirements as a result of your location. As the supplier and erector of

PBS’ 5 STEP BUILDING PROCESS   Professional Building Services (PBS) specializes in the design-build construction delivery method. By effectively utilizing this team build approach with our clients, PBS designs, and builds many different types of efficient and cost-effective facilities. This includes commercial, industrial, church, and municipal projects. From design planning through completed construction, we honestly deliver what we promise. We achieve this through our seamless and proven 5 step design and construction delivery process.   1.) SCOPE DEVELOPMENT Initial vision casting and planning with you and/or your leadership team as it relates to your needs for renovation, expansion or new construction. 2.) DESIGN / DEVELOPMENT Pre–Construction planning including master planning and a detailed preliminary design development package which consists of a site plan, floor plan layout(s), elevation(s) and 3–D rendered images. Once this design development package has been approved a comprehensive accounting of all costs will be prepared in the form of a turnkey and single source of responsibility design/build guaranteed maximum price (GMP) agreement. 3.) CONSTRUCTION DOCUMENTS Careful in-house coordination of all architectural, structural, mechanical, electrical and plumbing engineering as well as civil engineering construction documents. During this step of our process, the work will include coordination and planning with the appropriate local, county and state authorities in preparation for and procurement of all the required project permits for construction approval. 4.) CONSTRUCTION Professional project management and oversight of all on-site personnel including the coordination of all construction-related documentation and activities for the safe and efficient progression of your construction project. 5.) OCCUPANCY Thorough review of final construction details to ensure all requirements have been met 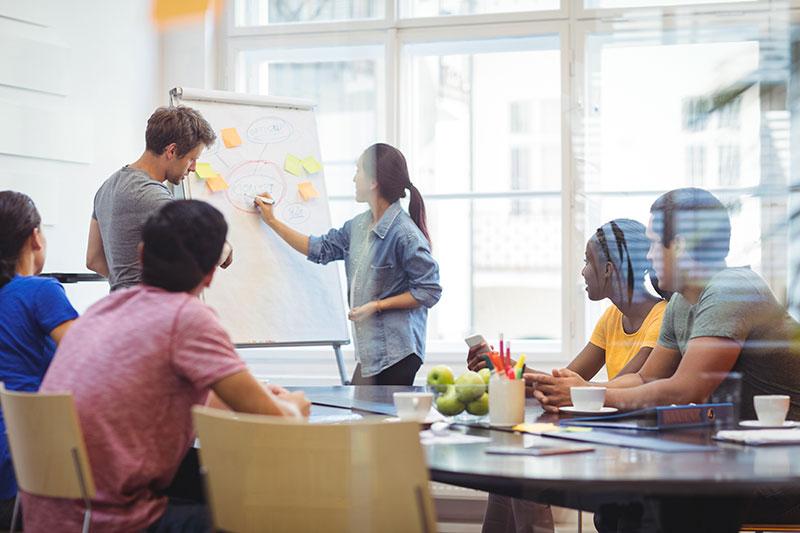 How Renovation Can Lead to Team Productivity

At Professional Building Services (PBS), we’ve successfully designed and executed many commercial renovations over the years. We’ve experienced firsthand the positive change a renovation can have on the overall mood and functionality of a space. When was the last time you invested in the look and feel of your workspace? Has it become outdated or does it feel uninspired? Maybe you’ve considered renovating but you’re not sure if your return on investment will be worthwhile. As a business owner, your workplace is the visual representation of your company and should be inviting to everyone who steps inside. This includes both your team and customers of the business. By periodically renovating your space, you’re investing in the long-term growth of your business and your team. A Happy Team is a More Productive Team There are many benefits to having a happy team. Arguably, one of the biggest benefits is higher productivity. Harvard Business Review calls this the “Happiness Dividend”. Their research found that having happy employees raises sales by an average of 37%, productivity by 31%, and accuracy on tasks by 19%. Those are dramatic results! Although strong leadership, internal programs and benefits all contribute to these numbers, having an inviting and functional space where your team feels energized, motivated and at peace is equally important. How to Improve Your Commercial Space At PBS, we have been blessed with many great partnerships over the years on projects ranging from commercial and industrial facilities, to churches, to dental/medical practices and recreational facilities. Project success begins in the early planning and development stage. From the beginning, we